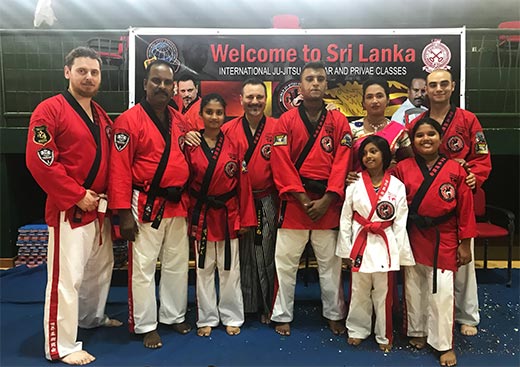 The goal of the World Ju-Jitsu Corporation is giving anyone the opportunity to learn, deepen and pass on our Ju-Jitsu Kishidō professionally, so as to develop successful schools around the world.

Such concept has involved numerous jujitsuka from several countries in a path where they represent increasingly leading figures in their dojo, town and country.

The secret of success of the Wjjc is nothing but interpreting ju-jitsu in a serious way, while having fun and making way for developing true friendships.

Everybody truly feel a shared sense of belonging to the Wjjc, while at the same time are proud to represent their own country within an international context.

In practice, in the World Ju-Jitsu Corporation we all share the same spirit and vision as our founder, which means that all representatives are expected to build their own schools upon the principles of respect and trust and promoting teamwork, as the strength is drawn from the team.

United we are stronger and as Soke Adriano Busà often says << …on our own we might go faster, but united we go further for sure >>.